The One Night Stanleys 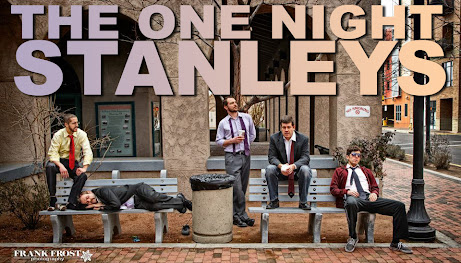 WE ARE REQUIRING PROOF OF VACCINATION OR A NEGATIVE COVID TEST TAKEN WITHIN 72 HOURS OF THE SHOW TO BE ADMITTED.

Albuquerque’s “Best Comedy Troupe” is back for more adventures in improv for your viewing pleasure! The One Night Stanleys were born out of a singularity in the Spring of 2007 to give improv comedy a vessel in which to deliver its truth and beauty to Albuquerque, NM (and someday the world)! Using audience suggestions, the Stanleys create completely new characters and craft hilarious scenes each and every show. Each show is completely improvised, so no show will be the same! Come find out why The Stanleys have been named one of Albuquerque's "Best Comedy Troupes"* four years in a row!The One Night Stanleys are: